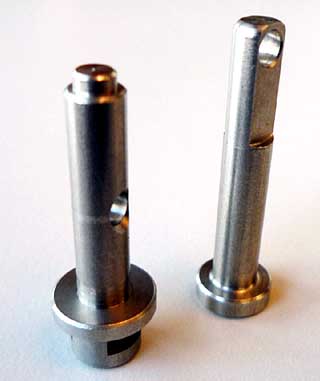 Common causes of stainless steel rust, there are the following:
1. The surface of stainless steel contains deposits of dust or other dissimilar metal particles containing other metal elements. In humid air, the condensed water between the attached matter and the stainless steel connects the two into a micro-resistance, which triggers an electrochemical reaction and the protective film is destroyed, which is called electrochemical corrosion.
2. The surface of the stainless steel adheres to organic matter juice (such as melon vegetables, noodles, soup, etc.), and in the presence of water and oxygen, it constitutes organic acids. For a long time organic acids attack the metal surface.
3. Stainless steel surface adhesion contains acid, alkali, salt substances (Alkaline water on the wall, lime water splashes), causing localized corrosion.
4. In contaminated air (such as atmospheres containing large amounts of sulfides, carbon oxides, and nitrogen oxides), In case of condensation water, sulfuric acid, nitric acid, and acetic acid liquids are formed, causing chemical corrosion.

solution:
SUS440C This steel is martensitic stainless steel, the carbon content is higher than 3cr13 steel, so the strength and hardness are higher than 3cr13 steel. Other properties similar to 3cr13 steel, but poor weldability, usually not as welding material. Used in the manufacture of surgical tools. SUS440C stainless steel imported from Japan is used to make bearing parts that work in corrosive environments and non-lubricated strong oxidation. The steel also has good high temperature dimensional stability, can produce corrosion resistant high temperature bearings and tools with a temperature not exceeding 250°C.

440C: Carbon content C-1.2% This steel has good rust resistance and is a high-quality stainless steel currently used in the high-end batch tool market.
Its strength and sharpness is even greater than ATS-34, chromium content up to 16-18%, is the second most commonly used stainless steel (after ATS-34), It was also the first stainless steel accepted by the cutting knife maker and it has always been very popular.Especially after the sub-processes were developed, this treatment strengthened the toughness of the steel.

Features: High hardness and good wear resistance. When grinding, it has the disadvantage of high viscosity and rapid temperature increase. However, it is easier to polish than any carbon steel, and cutting with a hand-saw is much easier. 440C's annealing temperature is very low, the hardness is usually up to HRC56-58, corrosion resistance and toughness are very strong, is now more widely used in hand-made knives and high-quality factory tool. 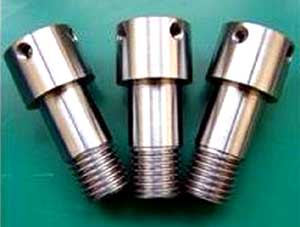