What is electroplating?
Electroplating is the process of plating a thin layer of another metal or alloy on the surface of certain metals using the principle of electrolysis. It is the use of electrolysis to attach a metal film to the surface of metal or other materials to prevent metal oxidation (such as rust). Improve the wear resistance, conductivity, reflective, anti-corrosion (copper sulfate, etc.) and improve the appearance and other effects. The outer layer of many coins is also electroplated. 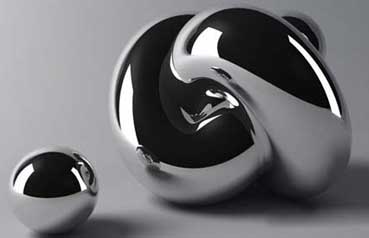 Basic meaning
During electroplating, a plated metal or other insoluble material is used as an anode, and a workpiece to be plated is used as a cathode. The cation of the plated metal is reduced on the surface of the workpiece to be plated to form a plating layer. In order to eliminate the interference of other cations and make the coating uniform and firm, it is necessary to use a solution containing a plating metal cation as a plating solution in order to maintain the concentration of the plating metal cation unchanged. The purpose of electroplating is to plate a metal coating on the substrate to change the nature or size of the substrate surface. Electroplating enhances the corrosion resistance of metals (more corrosion-resistant metals are used for plating metals), increases hardness, prevents abrasion, improves electrical conductivity, smoothness, heat resistance, and aesthetic appearance.

Effect
With the principle of electrolysis, a metal coating technique is deposited on the metal product with good adhesion but different properties and substrate materials. The plating layer is more uniform than the hot dip layer and is generally thin, ranging from a few microns to tens of microns. Through electroplating, it is possible to obtain decorative protection and various functional surface layers on metal products, and it is also possible to repair worn and mismachined workpieces. In addition, there are different roles depending on various plating requirements. Examples are as follows:
1. Copper Plating: Priming, to enhance the plating layer adhesion, and corrosion resistance. (Copper is easily oxidized. After oxidation, the patina is no longer conductive, so the copper plating product must do copper protection)
2. Nickel plating: Bottom or appearance, improve corrosion resistance and wear resistance, (Wherein the chemical nickel modern technology tear resistance than chrome). (Note that many electronic products, such as DIN heads and N-heads, no longer use the nickel bottom, mainly because of the magnetic properties of nickel that affect the passive intermodulation in the electrical properties)
3. Gold Plating: Improves conductive contact resistance and improves signal transmission. (The gold is the most stable and the most expensive.)
4. Palladium-nickel plating: Improve the conductive contact resistance, improve signal transmission, and wear resistance is higher than gold.
5. Tin-plating lead: Improve welding ability, quickly replaced by other alternatives (Because of containing lead, most of them are now changed to bright tin and matte tin plating).
6. Silver Plating: Improves conductive contact resistance and improves signal transmission. (Silver has the best performance, easy to oxidize, and also conducts electricity after oxidation)
Electroplating is a method of plating a conductor with a layer of metal using the principle of electrolysis.
In addition to electrical conductors, electroplating can also be used on specially treated plastics. 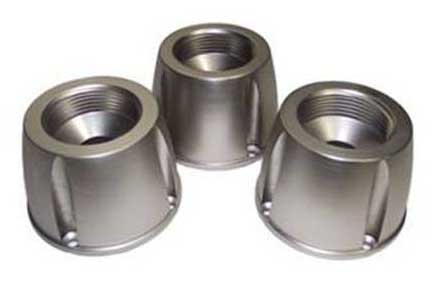 The electroplating process is basically as follows:
Plating metal is anode
The material to be plated is a cathode
The anode and cathode are connected by an electrolyte solution composed of positive ions of the plated metal
After the direct current power is applied, the anode metal will oxidize (lose electrons). The positive ions in the solution are reduced (electrons obtained) into atoms at the cathode and accumulate on the surface of the cathode.
The aesthetic appearance of the electroplated object after plating is related to the size of the current. The smaller the current, the more attractive the object to be plated; otherwise, there will be some uneven shapes.
The main uses of electroplating include the prevention of metal oxidation (such as rust) and decoration.
The outer layer of many coins is also electroplated.
Wastewater from electroplating, such as spent electrolytes, is an important source of water pollution.
The electroplating process has been widely used in the process of the lead frame of semiconductors and microelectronic components.
VCP: Vertically continuous plating, the new machine used in the circuit board, is better than traditional suspension plating. 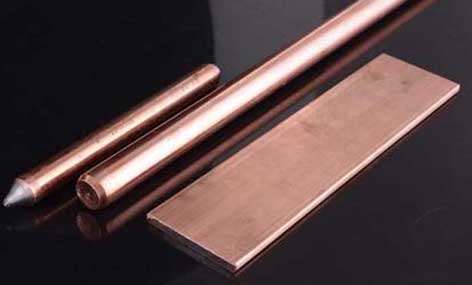 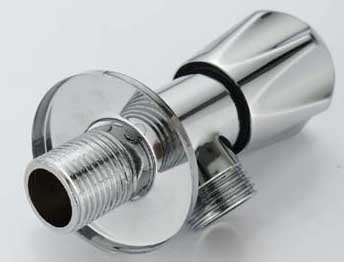 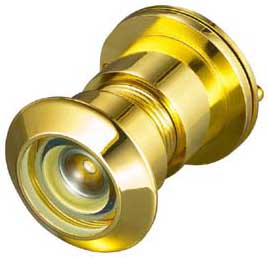 Electroplating requires a low-voltage, high-current power supply to the electroplating bath, and an electrolysis device composed of a plating solution, parts to be plated (cathodes) and anodes. The composition of the electroplating bath varies depending on the Cladding Material, but both contain a main salt that provides metal ions, a complexing agent that can complex metal ions in the main salt, and a buffer for stabilizing the pH of the solution. Anode activators and special additives (such as brighteners, grain refiners, levelers, wetting agents, stress relievers and fog suppressants, etc.).


Electroplating process: the metal ions in the plating solution are reduced to metal atoms by the electrode reaction under the action of an external electric field, and the metal deposition process is performed on the cathode. Therefore, this is a metal electrodeposition process including liquid phase mass transfer, electrochemical reaction and electrocrystallization. 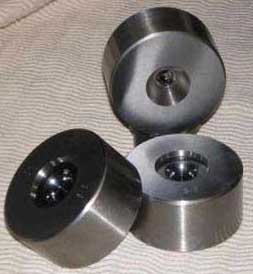 In the plating bath containing plating solution, the cleaned and specially pre-treated pieces to be plated are used as cathodes, and the anodes are made of plated metal, and the two poles are respectively connected to the positive and negative electrodes of the direct current power source. The plating solution consists of an aqueous solution containing a metal-plating compound, a conductive salt, a buffer, a pH adjuster, and an additive. After the power is applied, the metal ions in the plating solution move to the cathode by a potential difference to form a plating layer. The metal of the anode forms metal ions into the plating solution to maintain the concentration of the metal ions being plated. In some cases, such as chrome plating, insoluble anodes made of lead and lead-antimony alloys are used, which only serve to transmit electrons and conduct current. The chromium ion concentration in the electrolyte needs to be maintained by periodically adding a chromium compound to the bath. During electroplating, the quality of the anode material, composition of the plating solution, temperature, current density, electrification time, agitation strength, precipitated impurities, power supply waveform, and the like all affect the quality of the cladding material and need to be controlled at a proper time. 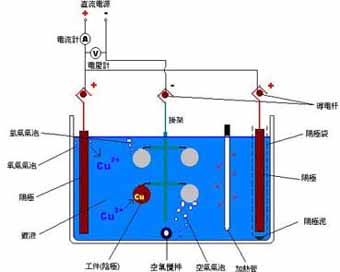 The part to be plated is a cathode, which is connected to the negative pole of a direct current power source. The metal anode is connected to the positive pole of the direct current power source, and the anode and the cathode are immersed in the plating solution.
When a certain potential is applied between the yin and yang, the following reaction occurs at the cathode:
The metal ions Mn+ diffused from the inside of the plating solution to the electrodes and the plating solution obtain n electrons from the cathode, and are reduced to metal M. On the other hand, at the anode, a complete reaction with the cathode occurs, ie, the dissolution of the metal M occurs at the anode interface, releasing n electrons forming the metal ion Mn+.

2. Concentration polarization
The polarization due to the difference between the concentration of the liquid layer adjacent to the surface of the electrode and the concentration of the solution body is called concentration polarization. This is due to the fact that the rate of ion diffusion in the solution is less than that caused by electron motion.
The electroplating process is a process in which a metal ion in a plating solution is reduced to a metal atom by an electrode reaction under the action of an external electric field and a metal deposition process is performed on the cathode.
The principle of electroplating is simply that in the solution containing the salt to be plated, the substrate metal is used as the cathode. By electrolysis, the cations to be plated in the plating solution are deposited on the surface of the base metal to form a plating layer. 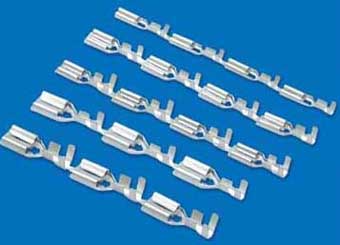 Electroplating elements:
1. Cathode: The object to be plated refers to various connector terminals.
2. Anode: If it is a soluble anode, it is intended to be plated with metal. For insoluble anodes, most of them are precious metals (platinum, bismuth oxide).
3. Electroplating medicine: It contains the electroplating solution for plating metal ions.
4. Electroplating tank: It can bear, store tank of electroplating medicine, generally consider strength, corrosion resistance, temperature resistance and other factors.
5. Rectifier: Equipment that provides DC power.
Polishing →Hanging →Degreasing and degreasing →Washing →Electropolishing or chemical polishing →Pickling activation →Pre-dipping →Plating →Washing →Post-processing →Washing →Drying →Under the hanging → inspection packaging
Electroplating working conditions refer to the operating change factors during electroplating, including current density, temperature, stirring and power waveforms. 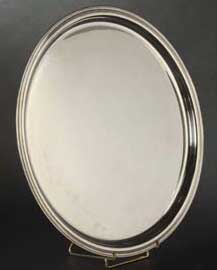 Stirring
Stirring accelerates the convection of the solution, allowing the metal ions consumed near the cathode to be replenished in time and reducing the concentration polarization of the cathode. Therefore, under the same conditions, the stirring will cause the plating to become coarser.
The stirring plating solution must be filtered periodically or continuously to remove various solid impurities and scum from the solution, otherwise the binding force of the plating layer will be reduced and the plating layer will be rough, loose and porous. 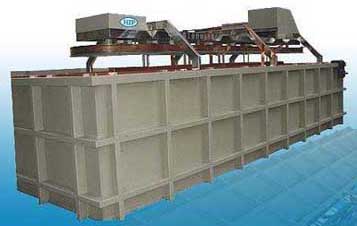 Power supply
The power supplies commonly used in electroplating production include rectifiers and DC generators. Different current waveforms are available depending on the number of phases of the AC power supply and the rectifier circuit. For example, single-phase half-wave, single-phase full-wave, three-phase half-wave and three-phase full-wave. Practice has proved that the waveform of the current has an impact on the crystal structure of the coating, the brightness, the dispersion ability and coverage of the bath, the composition of the alloy, and the consumption of additives. Therefore, the choice of current waveform should be taken seriously. In addition to the general DC power, periodic commutation currents and pulsed currents can also be used according to actual needs. 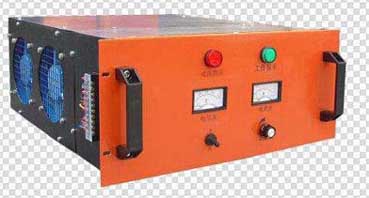