Whether the tool swarf breaking is reliable or not has a major impact on normal production and operator safety. In the cutting process, the swarf of the swarf will splash and hurt people, and it is easy to damage the machine tool; Long strips of swarf can be wound around the workpiece or the tool, which can easily scratch the workpiece, causing damage to the tool and even affecting worker safety. For automatic machining machines such as CNC machine tools (machining centers), due to the large number of tools and the close connection between the tool holder and the tool, the problem of swarf breaking is even more important. As long as the swarf breaking of one of the knives is unreliable, it may damage the automatic circulation of the machine tool or even destroy the normal operation of the entire automatic line. Therefore, when designing, selecting or sharpening the tool, the reliability of the swarf breaking swarf must be considered. For CNC machine tools (machining centers), etc., the following requirements should be met:

Swarf shall not be wound around the tool, the workpiece and its adjacent tools and equipment;
Swarf must not splash to ensure the safety of the operator and the observer;
During finishing, swarf shall not scratch the machined surface of the workpiece and affect the quality of the machined surface;
Ensure the predetermined durability of the tool, not prematurely wear and try to prevent it from being damaged;
When the swarf flows out, it does not hinder the injection of the cutting fluid;
Swarf does not scratch machine rails or other components.
On the basis of meeting the above requirements, different tools have different requirements for the chucking length. For example, the maximum swarf length of a general rough turning steel is about 100 mm; Fine turning should be a little longer. To avoid excessively comminution swarf, because it is easy to embed some important parts of the machine guide rail and tool device (such as the reference surface), which not only requires additional guards, but also brings certain difficulties in clearing the swarf. 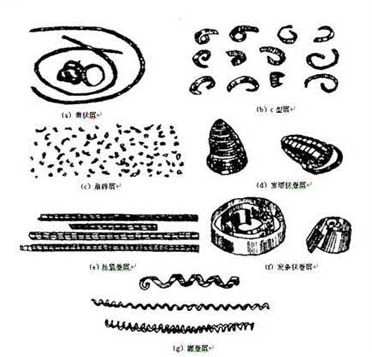 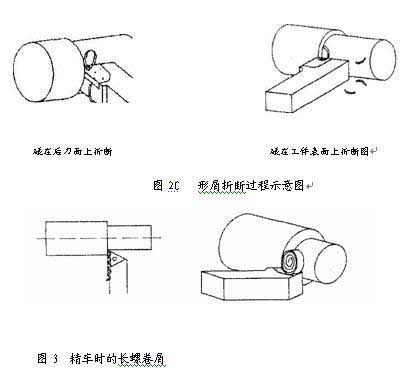 (3)  Spring roll Swarfs   (see Figure 1f):
On a heavy-duty lathe, the steel is cut with a large depth of cut and a large feed. The swarfs  is wide and thick. If C-shaped swarfs  are formed, it is easy to damage the cutting edge and even splash and injure people. Therefore, the arc radius of the groove bottom of the swarfs breaker is usually increased, so that the swarfs  into a spring (see FIG. 4) collides and breaks on the machined surface, and falls by its own weight.
(4) long wound up Swarfs  (See Figure 1e):
The formation process of long tight-rolled swarfs  is relatively stable, and the cleaning is also convenient, which is a good swarfs shape on a common lathe.
(5) Pagoda roll Swarfs  [See Figure 1d):
This type of swarfs is desirable for CNC machining, machine tools, or automatic wire machining because such swarfs  does not wrap around the tool and workpiece. And cleaning is also convenient.
Share:
PREV：Structural Composition Of precision CNC Machine Tools
NEXT：Relationship Between Chipbreaker Design And Cutting Edge Shape