An alloy composed of other elements added on the basis of chromium is a refractory alloy. Compared with metallic nickel, metal chromium has a high melting point (1860 ° C), high specific strength (ratio of strength and density), good oxidation resistance and resistance to high sulfur, diesel fuel and seawater corrosion. Compared with metallic nickel, metallic chromium has a high melting point (1860 ° C) and a high specific strength (ratio of strength to density). It has good oxidation resistance and corrosion resistance to high sulfur, diesel fuel and sea water. The study of chromium alloy high temperature materials began in the mid-1950s. Because the plastic-brittle transition temperature of chromium alloy is higher than room temperature, it is exposed to air at high temperature. Because of the infiltration of nitrogen, the plasticity of the alloy deteriorated and the impact toughness could not meet the requirements. Chromium alloys have not been developed and applied in turbine blades and guide vanes of jet engines at temperatures higher than those of nickel-based superalloys. 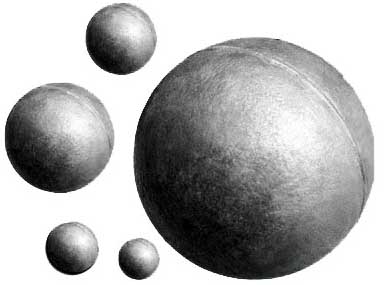 Principle of chrome alloy synthesis
The addition of solid solution alloying elements in chromium can improve the strength of the alloy, but the plasticity deteriorates. Only those elements that have higher affinity with interstitial impurity elements such as carbon, oxygen, and nitrogen, such as antimony, titanium, and antimony, can improve their plasticity. This is because these elements can form precipitates with interstitial impurities and reduce the solid solution content in the matrix. They are often referred to as "cleaning agents." When yttrium content is 0.1%~0.2%, the plasticity of the alloy is improved. Precipitation or dispersion strengthening can improve the creep resistance of chromium alloys at elevated temperature, and the plasticity of chromium alloys is also improved by precipitation or dispersion strengthening, so it is more advantageous to develop precipitation or dispersion strengthening chromium alloys.

(2) Precipitation strengthening alloy.
The chrome-tantalum alloy series is an alloy prepared by adding an element which forms a precipitate phase based on Cr-2Ta, and has good creep resistance and a certain room temperature ductility. The alloy Cr-2Ta-0.1C is a precipitated phase of tantalum carbide. Such alloys also include Cr-2Ta-0.1Ti-0.5Si, Cr-2Ta-0.05B-0.05Zr-0.1C and the like. In addition, the alloy of other components is Cr-0.3Y-2.4Ti-0.5Zr-0.5C. These alloys are made of titanium carbide and zirconium carbide as a precipitation phase, and cerium is added as a purifying agent. The alloy Cr-0.5Ti-0.1N is a precipitated phase of titanium nitride. However, the impact toughness of these alloys at room temperature is poor, and it can only be improved above 200 °C. The table shows the creep rupture properties and impact toughness of several chromium alloys. There are fewer solid solution strengthened chromium alloys. The former Soviet Union brand BX4 is a high alloyed chromium alloy. The main alloying elements are nickel and tungsten. The tungsten content is as high as 38% and is used in a high temperature corrosive atmosphere.

Preparation process
The chrome alloy ingot can be obtained by two methods of smelting or powder metallurgy. Due to the high vapor pressure of chromium, it is protected by an inert gas during smelting. The electrolytic chromium refined by chromium iodide or hydrogen is used as a raw material, and alloying elements are added, and a high-quality billet can be obtained by melting. Dispersion-strengthened alloys can be obtained by powder metallurgy directly by adding a disperse phase compound to chromium. Alloy plastic processing can be used to extrude billet, then forge or roll, using soft ladle sheath to facilitate deformation, after processing, steel sheath can be removed by pickling. Some chrome alloy targets can also be formed by hot isostatic pressing.