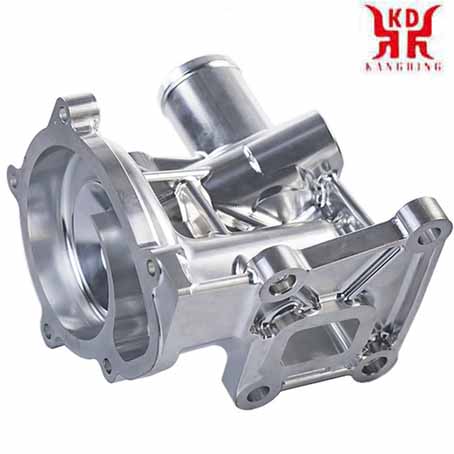 5-axis machining is a mode of CNC machining. Linear interpolation motion using any 5 coordinates among X, Y, Z, A, B, and C.
In other words, five axes refer to the three moving axes of x, y, and z plus any two rotating axes. Compared with the common 3-axis (x, y, z three degrees of freedom) machining, 5-axis machining refers to the processing of parts with complex geometric shapes, and the machining tool needs to be positioned and connected in 5 degrees of freedom.
5-axis linkage means that there are at least 5 coordinate axes (3 linear coordinates and 2 rotation coordinates) on a machine tool, and can be coordinated for processing under the control of a computer numerical control (CNC) system.

The five-axis linkage CNC machine tool is a machine tool with high technology content and high precision. It is specially used for processing body parts, turbine parts and impellers with free-form surfaces. The five-axis machine tool can process different sides of the workpiece without changing the position of the workpiece on the machine tool, which can greatly improve the processing efficiency of prismatic parts. This kind of machine tool system has a pivotal influence on a country's aviation, aerospace, military, scientific research, precision equipment, high-precision medical equipment and other industries.

But do you really understand five-axis machining?

Five-axis linkage CNC is the most difficult and most widely used technology in CNC technology. It integrates computer control, high-performance servo drive and precision machining technology, and is used in the efficient, precise and automated machining of complex curved surfaces. Internationally, the five-axis linkage numerical control technology is regarded as a symbol of the automation technology level of a country's production equipment. Because of its special status, it is especially important for aviation, aerospace, military industry, and technical complexity. Industrial developed countries have always implemented the export license system for the five-axis CNC system as a strategic material. 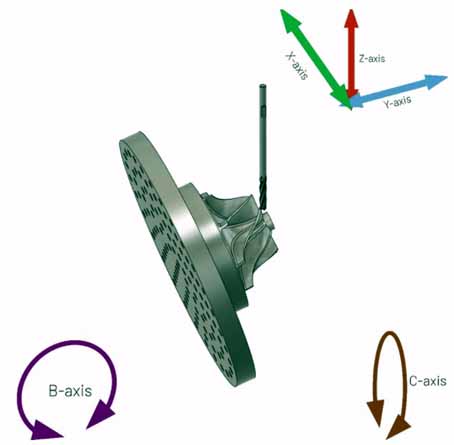 However, due to interference and position control of the tool in the machining space for 5-axis CNC machining, its CNC programming, process design and machine tool structure are far more complex than 3-axis machine tools. Therefore, the five-axis is easy to say, but it is really difficult to realize it! In addition, the correct operation of the application is more difficult!

When it comes to five-axis, I have to talk about the true and false five-axis. The difference between true and false 5-axis is mainly whether there is RTCP function. To this end, I specifically searched for the meaning of this word!

Five-axis machine tools and CNC systems that do not have RTCP must rely on CAM programming and post-processing. The tool path is planned in advance. For the same part, if the machine tool is changed or the tool is changed, CAM programming and post-processing must be performed again, so it can only be called a fake five-axis. Many five-axis CNC machine tools and systems belong to this type of fake five-axis. Of course, it is understandable that people insist on calling it five-axis machining, but this (fake) five-axis is not the other (true) five-axis!

Therefore, experts in the industry were consulted. In short, the real five-axis is the linkage of the five-axis, the fake five-axis may be the 5-axis 3-linkage, and the other 2 axes only play a positioning function! 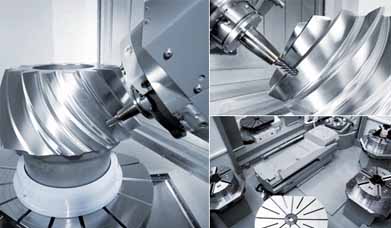 In the mechanical design of 5-axis machining centers, machine tool manufacturers have always been unremittingly committed to developing new motion modes to meet various requirements. In summary, there are various types of five-axis machine tools currently on the market, although their mechanical structures are in various forms. But there are mainly the following forms:

Two rotating coordinates directly control the direction of the tool axis (5 axes in the form of double pendulum heads)
The two coordinate axes are at the top of the tool, but the rotation axis is not perpendicular to the linear axis (5 axis of pendulous head type)

Two rotating coordinates directly control the rotation of the space (5-axis in the form of a double turntable)
The two coordinate axes are on the workbench, but the rotation axis is not perpendicular to the linear axis (5 axes for the vertical workbench)

Two rotating coordinates, one acting on the tool and the other acting on the workpiece (5 axes in the form of one pendulum and one rotation) 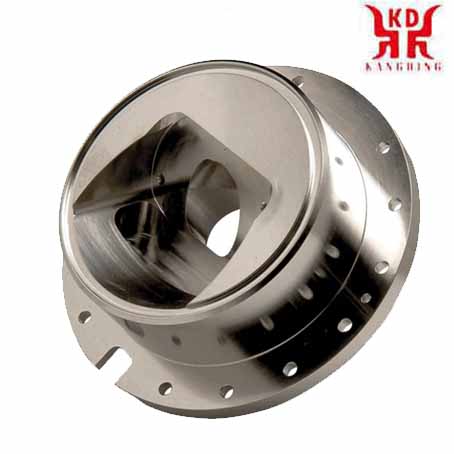 Here are some difficulties and resistances to see if they correspond to your situation? 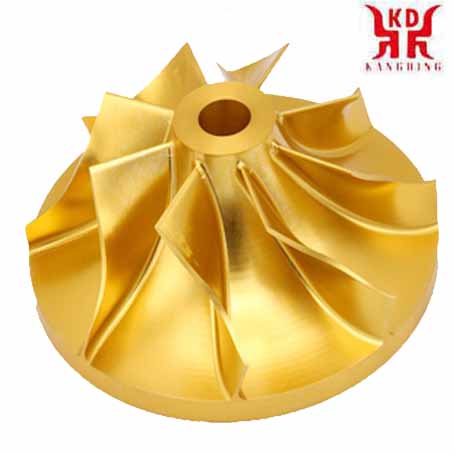 If the CAM system detects an error, the tool path can be processed immediately; However, if an NC program error is found during processing, the tool path cannot be modified directly as in 3-axis CNC. On a three-axis machine tool, the machine operator can directly modify the tool radius and other parameters. In 5-axis machining, the situation is not so simple, because the change of the tool size and position has a direct effect on the trajectory of the subsequent rotation.

In the NC program of 5-axis linkage, the tool length compensation function is still valid, but the tool radius compensation is invalid. When using cylindrical milling cutters for contact forming milling, different programs need to be programmed for cutters of different diameters. The current popular CNC systems are unable to complete the tool radius compensation, because the ISO file does not provide enough data to recalculate the tool position. The user needs to change the tool frequently or adjust the exact size of the tool when performing CNC machining. According to the normal processing procedure, the tool path should be sent back to the CAM system for recalculation. As a result, the efficiency of the entire processing process is very low.

In response to this problem, Norwegian researchers are developing a temporary solution, called LCOPS, low-consumption optimal production strategy). The data required for tool path correction is sent to the CAM system by the CNC application, and the calculated tool path is directly sent to the controller. LCOPS requires a third party to provide CAM software, which can be directly connected to the CNC machine tool, during which the CAM system file is transmitted instead of the ISO code. The final solution to this problem depends on the introduction of a new generation of CNC control system, which can recognize workpiece model files in common formats (such as STEP, etc.) or CAD system files. 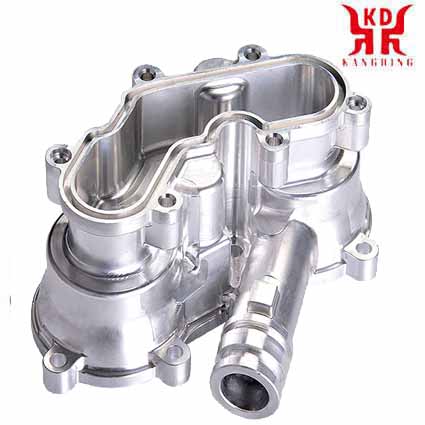 Due to the introduction of rotating coordinates, the kinematics of a five-axis CNC machine tool is much more complicated than that of a three-axis machine tool. The first problem related to rotation is nonlinear error. The non-linear error should be attributed to the programming error, which can be controlled by reducing the step distance. In the pre-calculation stage, the programmer cannot know the magnitude of the nonlinear error. Only after the machine tool program is generated by the post processor can the nonlinear error be calculated. Tool path linearization can solve this problem. Some control systems can linearize the tool trajectory while processing, but it is usually linearized in the post processor.

For the operation of 5-hedral machining of the workpiece, the user must resort to a mature CAD/CAM system. And there must be experienced programmers to operate the CAD/CAM system.
Share:
PREV：What is Machining?
NEXT：What is CNC machining?