If the surface of the stamping / forming mold fails, it usually shows wear, corrosion, cracking, and deformation.
In order to effectively prevent the shortening of the service life of the mold, when the mold is processed, the surface of the relative moving part and the surface of the cavity need to meet corresponding requirements, and must have high lubricity and hardness. As a result, it can better achieve the reduction of wear, improve wear resistance, and achieve better anti-fatigue and anti-corrosion effects. The application of PVD coating treatment technology can promote the above problems in the mold to be effectively solved. 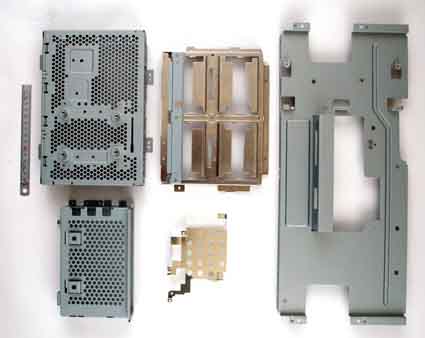 Some researchers have applied composite processing to the Cr12MoV cold work tool steel surface using low-temperature ion carburizing, unbalanced magnetron sputtering Ti/TiN, and PVDTi/TiN.The surface wear resistance and load capacity of the mold have been effectively strengthened by the effect of PVD Ti/TiN coating. When the surface of the mold is treated with ionized carburizing and then treated with PVD Ti/TiN, the performance of the mold is better reinforced. In the process of composite treatment, firstly, the intermediate thin layer is treated with ionized carburizing, which makes Ti/TiN able to obtain better supporting force and thus better realize the improvement of the life of the cold working die. This technique fully shows that when processing a mold with a relatively low surface hardness, it is first possible to apply ion carburizing and then apply a corresponding PVD coating treatment to it. Through this comprehensive intervention method, the useful life of the coating can be effectively improved.


Some researchers used PECVD DLC coating and PVD CrTiN coating processing techniques in the fabrication of ASSAB 635 cold work die steel. After this treatment, the die was subjected to a chrome plating process. According to the surface, the chrome-plated mold and surface quality of the CRTiN coated die are more similar, but after the DLC coating is applied, the surface of the silver coin is very obvious when the die is being imprinted. The phenomenon of blackening was mainly due to the coating being transferred to the surface of the silver coin, but this also fully confirmed the relatively poor toughness and relatively high hardness of the DLC coating.
After the silver coin is imprinted, the function of the chrome-plating mold also becomes invalid; after the imprinting treatment of 1,000 silver coins, the CRTiN coating still shows better characteristics without any coating cracking. The phenomenon, compared to the chrome-plated mold, its life can also achieve better improvement, up to 2 times and more. In addition, another investigator applied a layer of TiN to the surface of the silver coin by ion plating. And after tests and comparison confirmed that after the technical processing of the  moulage, its life expectancy than the uncoated impression lifted about 3 times.

Application of PVD in Metal Stamping / Molding Dies
Due to the very low friction coefficient of the DLC coating, it has good lubricating properties, and it has good wear resistance, high hardness and good corrosion resistance, etc. Therefore, various composite pipe forming dies have been widely used, and their service life has been improved by more than three times. In addition, the application of semiconductor encapsulation die is carried out. As a result, the life span is about 10 times higher. Through the use of optical disc mold, its life can be increased by 4 million times;Through the effective use of tumbling punches, the life span can be increased by at least 3 times, and the number of stamping parts can be increased by at least 8 million times.
Some researchers have compared the effects of TiN and N composite coating prepared by multi-arc ion plating method. The results show that the hardness of the formed battery die after the latter treatment is significantly higher, and its resistance Grinding is also comparable to ZrN.
In addition, through the study of the life of the convex film, the N composite coating prepared by the multi-arc ion plating method has improved its life span by at least 4 times compared with the uncoated film.

In the coating process of punching and stamping dies, researchers adopted a new oblique impact sliding test. Through this test, the impact of the stamping die material on automotive stampings subjected to cyclic impact and the synthesis of the sliding force were simulated. TiN-coated molds show significant wear.
For the analysis of high-strength steels using finite element software, during the blanking process, the simulation of PVD coating is achieved through anti-wear and friction reduction angles. Graphit-iC-based graphite coating, MoST, and CrMoN promote cold die steel life. The effect on the coating decreases.
According to the research results, through the use of friction-reducing coating, the equivalent stress of the mold can be reduced to varying degrees, so as to effectively improve the life of high-strength steel stamping dies. 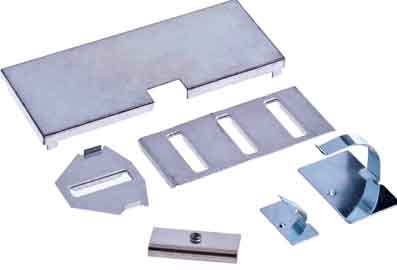 Fine blanking is a precision plastic forming process with higher quality, higher efficiency, and higher added value. It can be said that parts with higher quality can be obtained by one blanking and the precision stamping die can fail.At the same time as the following form:
Including mold fracture, excessive wear and plastic deformation.
TiAIN and TiN coatings have been widely used in the precision punching industry due to their high corrosion-resistant thermal stability and good wear resistance.
Share:
PREV：Analysis of Stamping Process and Die Design for Heavy Plate Material
NEXT：Stainless Steel Guardrail Processing