Flame retardant titanium alloy debut
In order to avoid "titanium spark", Russia has developed high-volume BTT-1 and BTT-3 flame-retardant titanium alloys containing Cu, but they have not been industrialized due to their poor mechanical properties and casting properties. The Alloyc (Ti-35V-15Cr) flame retardant titanium alloy invented in the United States has recently been successfully applied to the high pressure compressor casing, guide vanes and vector tail nozzles of the F119 engine (power unit of the F/A-22 fighter). This is the latest highlight in the field of high-temperature titanium alloys, and is the first beta-type titanium alloy and flame-retardant titanium alloy to enter the aero engine in the history of titanium development.
There are three flame retardant principles of Alloyc:
First, The research results of foreign and some Aeronautical Materials institutes show that when the rotor parts and stator parts are heated by relative friction, the first melting of V 2 O 5 with low melting point (675 C) plays the role of heat absorption, lubrication and reducing the internal stress of oxide film.
Second, the experiments in the Northwest Color Institute show that the thermal conductivity of Alloyc is much higher than that of ordinary titanium alloys;
Third, the results calculated by Beijing Nonferrous Metals Institute using CALPHAD technology show that the composition of the alloy meets the requirements of the "adiabatic combustion temperature" as low as possible.
The low-temperature flame-retardant titanium alloy Ti-40 jointly developed by Northwest Nonferrous Institute and Yihang Materials Institute has been developed and installed, waiting for the test. The use of metal infiltration technology to form surface flame retardant alloys is another less expensive technical approach. 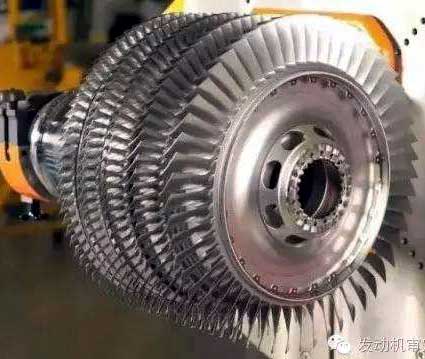 Initial Dawn of Titanium Matrix Composites
The world has been working on the engineering of titanium-based composites (TMC) for many years and has recently gained application on the F119 engine. That is, the SiC fiber Ti-6242S composite material is used to make the vector nozzle driver piston. Not long ago, the Dutch aircraft landing gear development company SP Aerospace announced that the Royal Netherlands Air Force had tested the F-16 with the lower rear struts of the titanium-based composite main landing gear. Compared with the original 300M steel, the new material can reduce weight by 40%, and the cost is close to the index recognized by the fighter design. Therefore, Lockheed Martin also intends to use this TMC material to manufacture landing gear parts on the F-35 joint attack aircraft. It is said that the cost of using TMC to replace Ti-6Al-4V alloy to manufacture hollow wide-chord fan blades is lower.


Fiber/titanium laminate
Interlayer hybrid materials (shown in Figure 3) have attracted widespread interest because of their much higher specific strength and fatigue life than single metal materials and much lower cost than fiber reinforced composites. Since the 1980s, this material has experienced the first generation of ARALL (aramid fiber aluminum alloy laminate), Second generation GLARE (glass fiber aluminum alloy laminate), The development of the third generation CARE (carbon fiber aluminum alloy laminate) to the fourth generation TiGr (graphite fiber titanium alloy laminate).
The ARALL developed by Yihang Materials Institute has been used in the rudder of China's 歼8 II to solve the problem of crack propagation at the rivet hole of the original aluminum alloy rudder. GLARE has been used extensively on the A380 fuselage siding and empennage, while TiGr is used to make the B7E7's wing and fuselage skin. TIGR can also be used for honeycomb sandwich panels. Practice has shown that the performance of the automatically laid TiGr laminate is superior to that of the hand layup TiGr laminate. CARE has no commercialized products to date because it is difficult to solve the problem of contact corrosion between carbon fiber and aluminum alloy. TiGr has no electrochemical corrosion problems, and can further improve the overall performance (especially specific strength and high temperature performance).

Superplastic titanium alloy is unique
The superiority of advanced technology such as superplastic forming, isothermal forging and near isothermal forging promotes its own development. However, the problem of expensive mold manufacturing and heating caused by excessive forging temperature affects the further reduction of product cost and further application of process technology. Accordingly, Japan introduced the SP700 (Ti-4.5Al-3v-2Fe-1Mo) alloy. This is the first titanium alloy with the SP (superplastic abbreviation). Compared to Ti-6Al-4V, the temperature of isothermal forging or superplastic forming is reduced by 120 ° C (ie from 900 ° C to 780 ° C), and the elongation under optimal superplastic conditions is doubled (ie from 1000%) Increased to 2000%). SP700 also has better mechanical properties, heat treatment hardenability and cold workability than Ti-6Al-4V. One of the important reasons why the SP700 exhibits the above superior characteristics is that the SP700 can obtain a finer grain size of Ti-6Al-4V (2 um and 5 um, respectively) under the same process conditions. Because of this, SP700 has been used as a new engineering alloy to manufacture sports goods such as golf head and movable wrench. It has also attracted the attention of aviation circles all over the world and is considering the possibility of applying it to aircraft and engine parts.


Extra large structural member forging process residual sound beam
In order to improve structural efficiency, reduce structural weight, shorten production cycle and reduce production costs, structural integration is an important development direction of advanced aircraft. The fuselage frame of the F/A-22 uses a monolithic structure, which requires the unprecedented large-scale titanium die forgings, which significantly increases the difficulty of filling and organization control. The F/A22's mid-body has four large Ti-6Al-4V monolithic frames, of which the largest "583" frame forgings weigh 2770kg and have a projected area of ​​5.53m2, making it the largest aerospace titanium forgings to date. The frame of an engine compartment of the F/A-22 rear fuselage is also large. Weiman Gordon Company produced the frame die forgings on a 45000t hydraulic press. The forgings are 3.8m long, 1.7m wide, with a projected area of ​​5.2m2 and a weight of 1590kg. According to the die forging deformation resistance of the conventional Ti-6Al-4V alloy, such a large projected area forging is impossible to die forging. The known situation indicates that the company uses the following three key technologies to ensure the shape and microstructure of extra-large titanium forgings:
First, the use of excellent lubricants to reduce deformation resistance;
The second is to use the computer finite element method to simulate the metal rheology and filling conditions during die forging to determine the process (including the design of the mold and preform) that can guarantee the final shape and size;
The third is to do a good job in the whole process (from blanking to final die forging) process design to ensure the structural properties of the final forging.
Although we can roughly feel the beauty of this "concert", we still can't fully understand the reason why the large-scale forging can be forged on the 45000t hydraulic press, and we have to savor the reverberation of the beam to explore There are other possibilities for "the mystery." 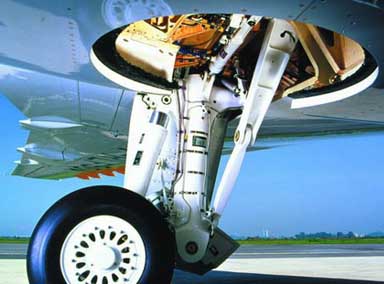 
Large-scale structural parts casting process is in the ascendant
The most dazzling "bright spot" in the recent engineering development of the titanium alloy field for aviation is the investment casting process of large-scale integral structural parts. Some advanced engines in the United States and China have used this technology to manufacture integral casing. More striking is that: Six large-scale integral structures, such as F/A22 vertical-tail rudder actuator support made of Ti-6Al-4V alloy, and the adapter seat of V22 tilt-rotor aircraft all adopt this new precision casting process. Take the V-22 adapter as an example. It was originally assembled from 43 parts and 536 fasteners. When it was changed to a solid casting, it was assembled from 3 parts and 32 fasteners, which significantly shortened the production cycle (62% reduction in processing and installation time) and reduced the structural weight and reduced it to 30%. The two largest integral castings on the F/A22 are two Ti-6Al-4V joints with wings attached to the sides of the fuselage (the finished product weights are 87kg and 58kg, respectively). Such critical parts are daring to use castings mainly relying on key technologies and their remarkable effects. Three key technologies:
One is high level and accurate computer simulation technology,
The second is hot isostatic pressing technology (including large equipment),
The third is a new type of β heat treatment technology.
The remarkable effect is that large and complex precision castings with precise control of shape, texture and metallurgical quality can be successfully developed at one time, and the allowable stress and safety reliability can be equated with forgings.
Share:
PREV：Processing Properties of Titanium Alloy Products-Cutting, Grinding, Extrusion, Forging, Casting Technology
NEXT：Optimum Design of Special Tap for Processing Titanium and Titanium Alloy Parts